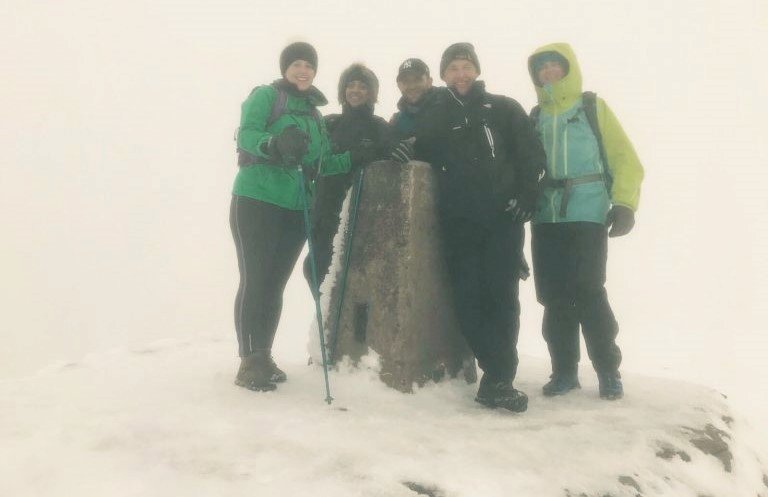 Six Erevena employees embarked on the Three Peaks Challenge to raise funds for The NSPCC and The Florence Nightingale Charity.

On the last weekend of April, a team from Erevena took on and successfully completed the Three Peaks Challenge in a time of 23 hours 48 minutes in aid of our two chosen charities for 2017; The NSPCC and The Florence Nightingale Hospice.

Completing this challenge within the 24 hours was no mean feat given the success rate is less than 40% and most of those attempts take place in the calmer, longer days of the summer months. Our team, however, battled through a snow storm and arctic winds on Ben Nevis, ice and further sub-zero temperatures through the night on Scafell Pike and relentless driving Welsh rain on Snowdon, ensuring there was no let up throughout.

The blisters, seized limbs, swollen hands and exhaustion caused by scaling the three highest peaks in Scotland, England and Wales in 24 non-stop hours were all made worth it by your generous donations to our charities. Your support is hugely appreciated by them and us.